Temporary Closure Of The Coghill Bridges In Wick

Upgrading work is to be carried out on the Coghill Bridges.   Check the dates when the bridges will be closed..
[Support Groups]
18/5/2020

Caithness Citizens Advice Bureau has announced it will be available by telephone and email offering its services to local people to help them through the Coronavirus period.  Isobel Mackay CAB Manager Caithness said today,"We understand that local people are concerned about the health impacts of this virus and will also need advice about other aspects of their lives, including their jobs, rent and social security payments.  So we are determined to remain available and ready to offer people all the help we can.
[Support Groups]
13/1/2020

Black Saturday was, as reported at the time, a ‘fearful calamity'.  In Wick Bay, alone, some 37 fishermen lost their lives, with countless more perishing around the coasts.
[Support Groups]
18/8/2019

Al-Anon Family Groups are for the families & friends of alcoholics who share their experience, strength, & hope in order to solve their common problems.   Mutual support groups for families and friends of problem drinkers.
[Support Groups]
10/8/2019

Black Saturday was, as reported at the time, a ‘fearful calamity'.  In Wick Bay, alone, some 37 fishermen lost their lives, with countless more perishing around the coasts.
[Support Groups]
24/7/2019

If you are living with any long term condition in the Highland area this event is for YOU! Specialist talks on Self Management, Living with Fatigue, Pain Management and Hope will be available via video link to all venues.   Exhibitors at each venue will offer you the opportunity to find out more about local services.
[Children]
18/6/2019

The staff team at HomeStart Caithness are taking part in the Kilt Walk in Aberdeen to raise fund for the group that assists families and young children.   Sunday 2nd June 2019.
[Medical Services]
2/5/2019

On Saturday 13th April 2019 the members of Francis Street Bowlers made three generous donation to three local groups.   A day spent playing bowls at the opening day of the season at Thurso Bowling Club was followed by a buffet tea after which they presented the cheques.
[Support Groups]
15/4/2019

Become a Volunteer with Home-Start Caithness and help local families 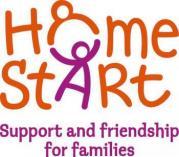 The group meets monthly and is for men who have you been affected by cancer, either as a patient or in support of someone else? Why not pop along to the meeting for a chat, or simply listen to the issues that affect men living with cancer.   The purpose of the meetings is to learn from each other in order to improve our physical, emotional and/or financial well-being.
[Support Groups]
4/3/2019

A Caithness MS support charity has been awarded £30,000, the maximum award, by the Caithness & North Sutherland Fund.   The MS Therapy Centre Wick was given the money to help refurbish its premises in Braehead and create a new community wellbeing hub.
[Support Groups]
23/2/2019

The Caithness Defibrillator Campaign were delighted to receive another donation.   "We were delighted to visit the Pentland Housing Association Office this week where Modern Apprentice Kaitlyn Sutherland handed over a £600 cheque to our Chairman Billy Mitchell & our volunteers Bob Bell, Ron Gunn and Kay Rosie." Pentland Housing staff organised a 70s/80s disco in Thurso's Royal British Legion Club as well as staging an office dress-down day and selling home baking which raised £400, & was topped up by a £200 donation from the Pentland Housing Group Board.