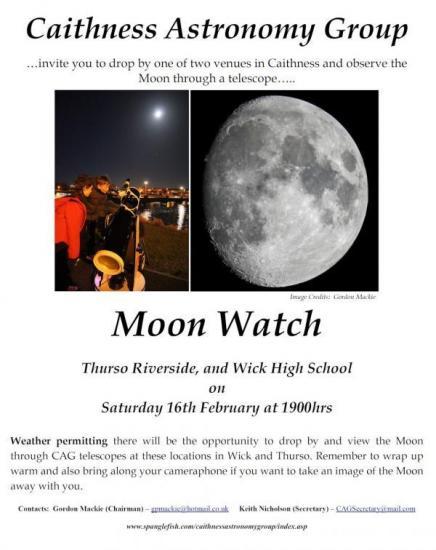 Weather permitting there will be the opportunity to drop by and view the Moon through Caithness Astronomy Group telescopes at Thurso Riverside and Wick High School on the evening of Saturday 16th February. 7.00 - 8.00pm.

Remember to wrap up warm and also bring along your cameraphone if you want to take an image of the Moon away with you.