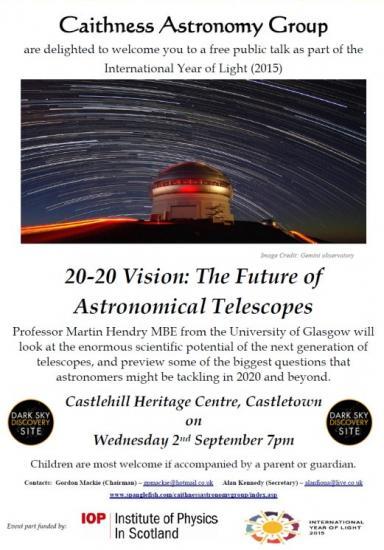 The public astronomy talk is by regular CAG visitor Professor Martin Hendry MBE - his talk is part of the series of local IYL events that have been held this year. Martin will also be visiting a couple of Wick schools whilst in the area, to enthuse interest in space and science in

Weather permitting there will be the opportunity to drop by and view the Moon through Caithness Astronomy Group telescopes at Thurso Riverside and Wick High School on the evening of Saturday 16th February.   7.00 - 8.00pm.
[Community Groups]
15/2/2015