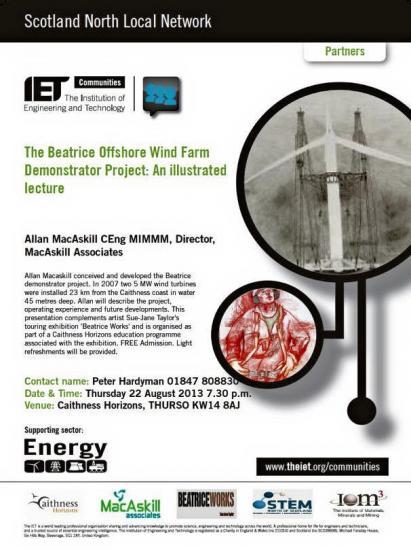 Cape Breton University Press Book Launch
Sunday 11th August - 2pm
Cape Breton University Press will be joining us as part of their Highlands wide tour to launch two new books based on the Highland Clearances. A talk will take place in our Education Room at 2pm on Sunday 11th August to launch “Bearing the People away” by Julie Skinner Sawyers and “Parting, Prophecy, Poetry” based on the work of the Reverend Duncan Blair.

“A Mountain In My Hand” Magic Lantern Show & Informal Talk For Adults
6th September 2013
7-9pm
Help Ewan McVicar explore the surprising connections between the stones of Caithness and David Livingstone in Africa. 19th Century Highland Scots amateur geologists including Robert Dick, “the baker of Thurso”, consulted with and reported to Ross-shire born Roderick Murchison, a key protagonist in the “Highland Controversy”. Livingstone dedicated his first book to Murchison.

For Livingstone’s bicentenary this year Author and Storyteller Ewan McVicar is touring a “Livingstone’s Magic Lantern” show around Scotland, featuring his newly-published book on Livingstone’s Scottish and African friends. At Caithness Horizons the show will be followed by an informal non-expert investigation of aspects of local geology, involving handling geological specimens and fossils.

This is a FREE event but places are limited so pre-booking is essential. To book your place please contact Caithness Horizons on 01847 896508 or e-mail info[AT]caithnesshorizons.co.uk

Petr's Pals Curators Club for youngsters is getting popular and priority is given to them for events.   Book early for your children if you want them to attend.
[Village Halls]
17/7/2013