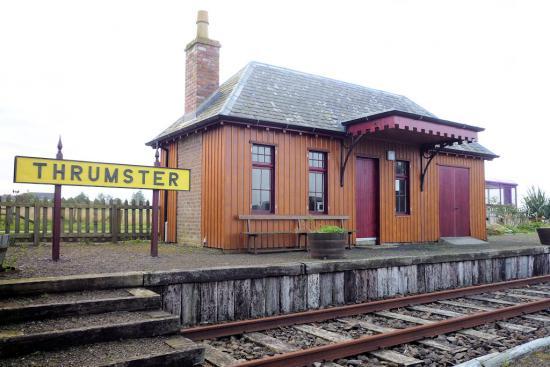 Yarrows Heritage Trust located near Thrumster has a number of projects and one of them for the last few years has been the restoration of the Thrumster Railway Station that was once part of the Wick Lybster railway.

Recently the Trust managed to locate and recover the original station platform sign. Following restoration and repainting in the original colours the sign has now been erected on new posts of same design as original.

The sign comprises solid metal lettering on a timber board and according to a group member, weighs a 'ton' - certainly made to last.

Archaeology Dig to start at Iron Age site in Caithness

The University of the Highlands and Islands Archaeology Institute, in partnership with the Yarrows Heritage Trust, are preparing for a fourth season of excavation at the Burn of Swartigill in Thrumster, Caithness, Scotland.   Previous seasons of excavation at the site have uncovered a complex of Iron Age structures, which are providing an important window into Iron Age society away from the monumental architecture of the Brochs.
[History]
1/3/2015