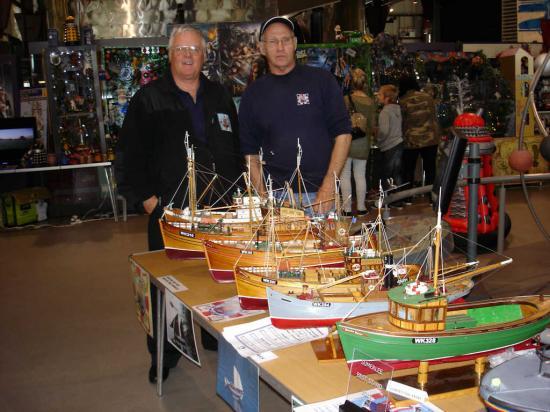 Members of the Pentland Model Boat Club based in Thurso were away to Coatbridge last weekend for the annual regatta of the Scottish Federation of Boat Clubs.

The regatta this year was held in Summerlea Museum.

Ted Miller who has built many model boats and has great eye for detail won the boxed section with his model "Yorkshireman". In addition he picked up a third place for another model - the lifeboat "Helen Comrie".

In the scratch built section took Billy Macintosh took a third place with his model of "Thorsa".

In the semi kit Ted Miller once again picked up a prize by coming second with "Good Sheppard" while Billy Macintosh took 3rd place with his model of the lobster boat "The Golden Sheaf".

To finish the guys got the award for the best club stand which was a suprise as most of the clubs were present and there was a good display of boats which were of excellent quality.

The Pentland Model boat club holds show each year in the British Legion In Thurso..