My Family, My Rights Programme - Is Your Family Affected By Alcohol or Drugs?

Scottish Families Affected by Alcohol and Drugs have planned events in the Highlands to promote and discuss the Alcohol and Drugs Strategy published by the Government in November 2018.   This Strategy outlines the rights for families for the first time and due to this transformational change we are holding events to see what the strategy means for people in communities.
22/10/2019

More than 80 Wickers gave up their time last Thursday to suggest improvements to High Street and Bridge Street.   The feedback formed part of The Wick Street Design project which is being delivered by Sustrans Scotland and funded by Transport Scotland in partnership with The Highland Council, Royal Burgh of Wick Community Council and Local Councillors.
22/10/2019

If you are buying pumpkins for halloween don't waste the pulp you scoop out and you can help the environment at the same time if you make some great dishes.   This food is low in Saturated Fat, and very low in Cholesterol and Sodium.
[Medical Services]
20/10/2019

On Friday 18th October four of the CHAT's team visited the new Balfour Hospital in Kirkwall, Orkney.   The main purpose of the visit was partly to see then hospital but in particular how maternity services work there.
17/10/2019 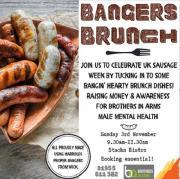 Tracy Robson and Joanne Johnson, Speech and Language Therapists, are planning a stand to mark Stammering Awareness Day 2019.   The awareness day is the 22nd October but a stand will be running on 17 October in the Outpatients Department at Raigmore Hospital (Inverness).
14/10/2019

A short 1-day in Wick on Thursday 28th November 2019 The day is aimed at people working in community learning and community development.  It will help you explore enterprising approaches to working with communities, sharing some positive experiences of working in small communities in Highland.
9/10/2019

The United States Navy built a radio station at West Murkle and Forss, in 1962.  The station had accommodation at Burnside, Castletown and John Kennedy Drive.
7/10/2019

Highlands and Islands Labour MSP, David Stewart, has contacted both NHS Highland and the Scottish Government to ask what is being done to bring down the unacceptably long waiting times for people in the Highlands to be seen by the Chronic Pain service.   David Stewart said "This issue has been raised with me before, and has now been raised again.
7/10/2019

Organisations that want to work with veterans and their families are being urged to apply to a fund that benefits former services personnel.   Veterans Minister Graeme Dey is to open the Scottish Veterans Fund (SVF) at the Armed Forces and Veterans Champions Gathering in Glasgow tomorrow.
6/10/2019

NHS Highland plans to rent a temporary pop up shop to update local residents about proposals for its primary health and social care hub for Wick at the end of this month.   During the Caithness Health and Social Care consultation last year, the board found the temporary ‘High Street Presence' approach proved an effective way to engage with people about the redesign plans.
3/10/2019

A specialist event for people diagnosed with Type 2 diabetes to get expert advice and information about living with the condition comes to Caithness next month - and bookings are now open.   The Caithness Diabetes group, supported by Diabetes Scotland, is hosting the free event - and are urging those living with the condition, their family members and carers to come along.
2/10/2019