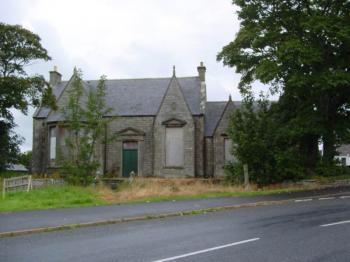 Responsibility for the Traill Hall was vested in two trustees since it was gifted to the community in 1866, these being whoever holds the posts of Sheriff Principal and the Castletown Church of Scotland Minister. In November 2004, the Trustees put the hall on the open market as it was felt that it was becoming a drain on the resources of the community.

This action caused an outcry in the village. At a public meeting in December 2004 there was a unanimous vote that the building should be saved for the local community which resulted in it being taken off the market. As a result, the Traill Hall Community Trust was formed in 2007 whose Directors bought Traill Hall to secure its future.

The future of the building is dependent on identifying a new use (or uses) which will enable partnership funding to be sought to undertake the restoration to this historic building.

At Castletown Hotel Saturday 26th April 7pm Please come along and find out about the exciting developments we are making with our project to renovate Traill Hall as a community Centre.   We also want to share with you our ideas about a number of community initiatives and events taking place now! .