Is Veganuary Bad For You? A Nutritionist Explains Why Plant-based Diets Need Proper Planning 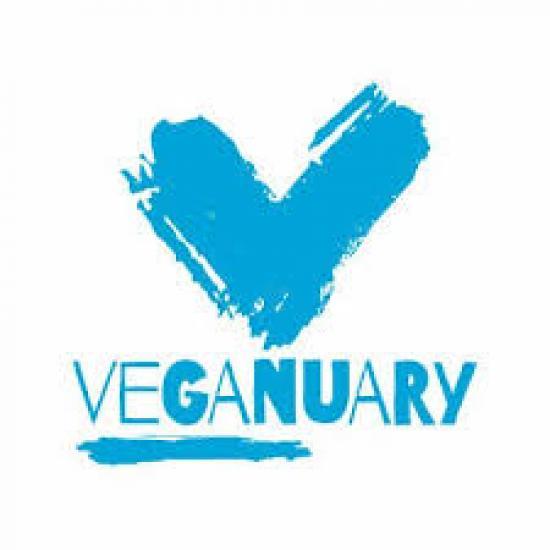 Veganuary is upon us again, with thousands of people around the world giving up animal products for the month of January. The movement, which encourages people to follow a vegan lifestyle, started in 2014 and has grown rapidly since, with 629,000 people from 228 countries taking part in 2022.

When it comes to internet searches, figures for 2020 show that the UK had the most Google searches for veganism in the world. In 2019, there were 600,000 vegans in the UK. And, according to the Vegan Society, this number is expected to continue to rise with vegans and vegetarians predicted to make up a quarter of the British population by 2025.

Of course, veganism and vegetarianism originated long before westernised veganism became popular. Vegetarianism was practised as early as the 5th century BC in India, and it is strongly linked with a number of religious traditions worldwide, such as Hinduism, Jainism, Buddhism and Sikhism. And tofu, a well-recognised alternative to meat, originated in China over 2,000 years ago.

When it comes to vegetarianism and veganism, the basic principles are similar, both involve eating plant-based food for environmental, ethical, health or religious reasons. But while vegetarians mainly just exclude meat, vegans follow a much more restrictive diet excluding all animal products as well as any animal-derived foods such as milk, eggs and honey.

Pros of veganism
There are several benefits attributed to a vegan diet as long as it is carried out properly. It can help people lose weight and as with a vegetarian diet, has been linked with a reduced risk of heart disease and certain cancers, such as colon and breast cancer.

A recent study looking at the effects of a vegan diet in people with or at risk of developing type 2 diabetes, found that a plant-based diet may help to control blood glucose levels.

Vegan diets can also be high in iron, although the form of iron from plants is not as "bioavailable" as the iron in meat, which means the body does not absorb it as efficiently as the iron found in animal products. However, this intake can be boosted by combining plant-based iron with foods rich in vitamin C - such as oranges, tomatoes and peppers - because vitamin C helps the body absorb iron better.

And the cons
On the flip side, becoming a vegan does not automatically guarantee good health. You could, for example, eat chips for every meal and while you would qualify as a vegan you wouldn't necessarily be doing your body any favours. Along with the growth in veganism, has come an increase in vegan-friendly ready meals - and these have additional salt, sugar and fat to improve their taste. Processed foods commonly include trans fats and emulsifiers which can harm beneficial gut bacteria.

Poorly planned vegan diets may not provide enough niacin, riboflavin (vitamin B2), vitamin D, calcium, iodine, selenium or zinc, all of which are important for maintaining good health. Vegans can be at a greater risk of becoming anaemic because of the lack of vitamin B12 and omega-3, which can cause fatigue and the inability to concentrate, especially in young people. There is also an association between veganism and lower bone density, which can lead to an increased risk of fractures.

If you did want to change what you're eating but don't want to go the vegan way, the Mediterranean diet is classed as one of the healthiest in the world. Think lots of vegetables, fruit, beans, lentils, nuts, olive oil, wholewheat bread, brown rice and fish. This diet does not eliminate meat, but limits the intake.

There is growing evidence that following a Mediterranean diet is associated with good overall health and can help in protection against cardiovascular diseases, diabetes, high blood pressure and obesity. There is also evidence that it has a role in reducing the risk of certain cancers. And it has been linked to a lower risk of cognitive decline and depression.

What's right for you
So to Veganuary or not? While eating less meat, especially processed meat, is good for your health, going vegan isn't the only way to do it. As a nutritionist, I think that rather than fixating on one particular way of eating, it's better instead to consume a healthy and varied diet.

Indeed, everyone needs to understand what they are eating to ensure a balanced intake, with the correct quantities of protein, carbohydrates, fats, vitamins and minerals. This is especially the case given that diet-related health concerns are on the increase around the globe.

So if you are considering taking up Veganuary you need to be aware of the potential dietary deficiencies. It will also be necessary to take supplements such as B12.

Ultimately, veganism is a lifestyle rather than just a diet, so changing to a vegan way of eating requires long-term commitment and planning. It has to be carefully looked into and carried out in an educated way to ensure you are getting all the nutrients needed to maintain a healthy life.