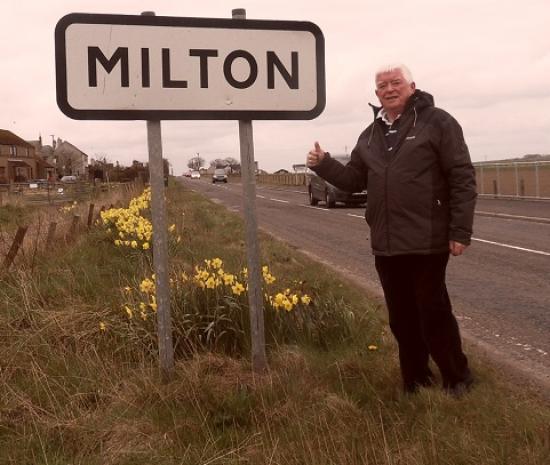 A dull and chilly for Bill's walkabout from Hospital Road, Wick to Milton.

Walking may good for fitness but he was read for hot bowl of soup at the Norseman today as there was no heat under the clouds.

Simplistic explanations do not answer the question and Caithness is likely to be no more disadvantaged than other areas. It is not just about the average pounds per mils spent but also about road condition in different areas Every area of Scotland has seen deterioration in the road system over the last 15 years.

Audit Scotland has previously looked at the problem and concluded billions need spent to bring the standards back up. Highland council alone cannot fix the problem of serious lack of money and more pressure is need at Scottish Government level.

Further the price of oil affects the price of bitumen and tar and increased mean council as well as Transport Scotland have much higher amounts to pay than a few years ago. Add to that the price of diesel for council vehicles and it is easy to see that on a finite budget there is not a lot of scope within council budgets to spend more on roads unless cuts can be made else where.

Councils of all political persuasions have faced the same problem so party politics bickering about who can fix the problem does not help - it is just more noise.