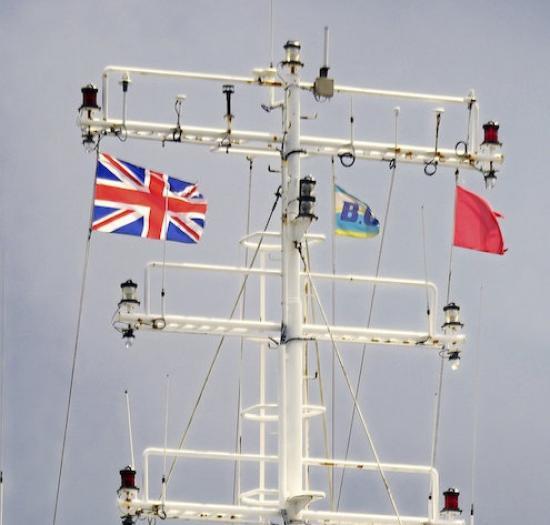 German registered chemical Tanker "Antares" alongside at Scrabster Harbour today. The vessel is in theory committing "Lèse-Majeste" (to do wrong to majesty) by flying the Union Flag upside down. An easy mistake to make if you do not know your flags.