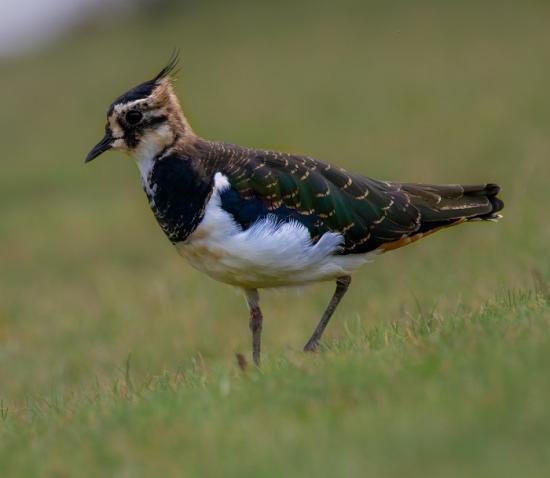 Farmers and land managers have an important role to play in reversing the declining numbers of wading birds in Scotland, according to a new report.

The Working for Waders annual report has highlighted a steep decline in the number of wading birds, including lapwings, oystercatchers and curlews, over the past 25 years. It warns that without urgent action, these iconic birds could soon be lost.

Currently co-chaired by Scotland's Rural College (SRUC) and Scottish Natural Heritage (SNH), Working for Waders was set up in 2017 to raise awareness of wader declines, show how these declines can be reversed and demonstrate the importance of partnership working.

Wader declines in Scotland are believed to be linked to problems around breeding due to changes in the countryside over the last few decades.

Several species are now struggling to produce enough youngsters to replace natural mortality and the report highlights the important role farmers and land managers can play when it comes to wader conservation.

The report says that while past agricultural intensification has driven wader decline in some parts of the country, the conservation of waders is rarely about removing productive land from use.

Some of the best habitat results come from targeting efforts towards rougher, wetter land and making sure that it delivers for wildlife. This includes creating wetland habitats by not draining wet areas in fields, introducing seasonal grazing to prevent damage to eggs or chicks during the April to June breeding season, and controlling predators of ground-nesting birds such as foxes.

Professor Davy McCracken, Head of SRUC's Hill & Mountain Research Centre and co-chairman of Working for Waders, said: "Some actions can be win-wins for farmers, as they benefit both agricultural productivity and the waders.

"For example, applying lime to improve soil pH can increase the abundance of invertebrates the birds prey upon.

And, outwith the breeding season, cutting rushes provides the birds with access to those invertebrates across a greater area in any one field."

He added: "It's becoming clear that in order to be effective, wader conservation has to be rolled out across large areas, with collaborative projects involving multiple farms, estates and landholdings."

Robbie Kernahan, Acting Director of Sustainable Growth at SNH, said: "The Working for Waders initiative plays an important role in protecting our curlews, lapwings and oystercatchers.

"As we begin to see them return to their breeding grounds in Scotland, we would like to let people know that anyone can get in touch with the Working for Waders project, get involved and help protect these wonderful birds.

"Waders are an integral part of Scotland's nature, and by working together, we have the best possible opportunity to help them thrive."

Working for Waders is looking to encourage and help more farmers or crofters to undertake collaborative management to increase wader numbers across their farms and crofts.

It has set up wader maps to show what work is currently being undertaken to reverse the declining numbers, and where resources need to be targeted, while the British Trust for Ornithology and James Hutton Institute have produced wader hot spot/cold spot maps showing changes in wader populations across Scotland.

Working for Waders is also supporting action on the ground across Scotland, backing projects which engage and inspire people to get involved with conservation work.

For more information about Working for Waders, visit: www.workingforwaders.com