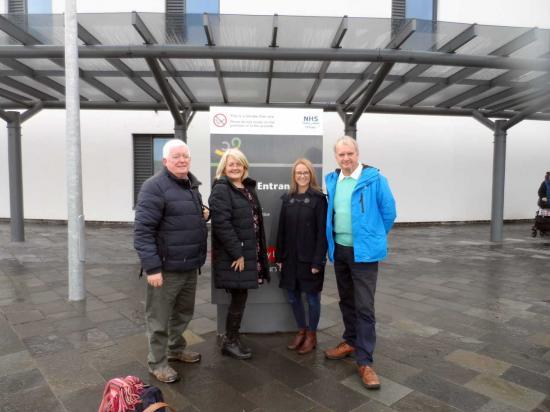 The main purpose of the visit was partly to see then hospital but in particular how maternity services work there.

A longer report of the visit will be published shortly on the CHAT Facebook page.

When Bruce de Wert of Georgesons Solicitors heard of the distress of new Mums having to drive back from Inverness with their newborn in danger, he knew he had to do something.   The problem is that newborns cannot sit in car seats without compressing their lungs and it is a long way from Inverness to Caithness! And, so, he announced that this year the charity for Wills Week would be CHAT who provide lie flat car seats for for newborn babies.
[Medical Services]
3/7/2019