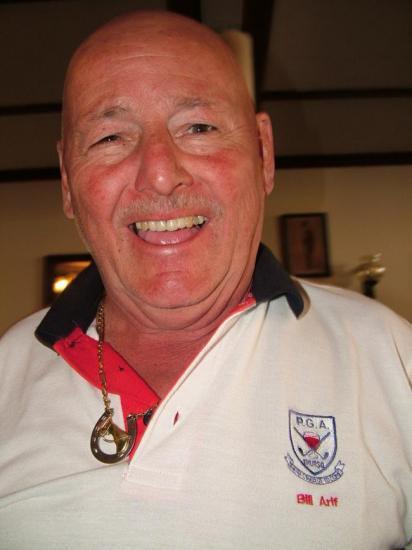 William 'Bill' Arif, who died at his home in Fochabers, Moray on August 22 aged 82 years, was arguably the country's most successful Scots-Iraqi businessman.

He established a chain of betting shops that at peak operated over twenty 'Scotscoup the Bookies' outlets in towns all over the Northern half of Scotland, while his five hotel, motel and restaurant operations were highly-regarded amongst tourists and business travellers to Moray & Caithness.

Bill was born in Thurso, Caithness to his nurse mother Isabel (nee Sinclair) who came from a local farming family and his father Dr Kamel Arif, a native of Baghdad in Iraq. His sister Fatima and brother Basil were also born in Scotland's only North Coast town.

The couple had met in an hospital in Edinburgh, where Bill's father served as a doctor, while his mother was a nurse on the wards.

Bill spent the first seven formative years of his life on Weydale Farm, near Thurso, whilst his father had returned home to continue his medical career in Baghdad, Iraq.

Necessary wartime travel restrictions meant that Isabel and her three youngsters were unable to join him until peace had been restored after WWII had ended.

The family regarded education as being very important so Bill was sent to a boarding school firstly in Baghdad and in his teenage years to Alexandria, Egypt. He proved to be a diligent student passing the equivalent to Highers and A-Level grades with some ease .... but in Arabic.

Isabel realised that Bill would have to retake his examinations in English for entry to a British University so she arranged for a placement in for him in London. That resulted in success with his degree in civil engineering being awarded by the University of Nottingham.

Bill had been inspired in his initial choice of career by the magnificence of Iraq's ancient built heritage. But he found that the practical necessity of measuring and 'laying-out' civil engineering sites in all-weathers Britain was not to his taste.

‘It was on one of his trips up north that Bill met his first wife Maureen in 1958 as he was starting off his civil engineering career, and together they had 3 daughters, Tanya, Nadia and Serena.'

Since he had come back to Britain, Bill had seldom passed up a chance to ride Northwards on his trusty Norton Twin motorbike on his breaks to link up with his relatives on their farms in Scotland's Far North; in those pre-motorway days these journeys were more in the nature of expeditions than casual trips to his other home in Caithness.

In the Autumn of 1960, Parliament passed the Betting and Gaming Act. This paved the way for betting shops, bingo halls ... and even casinos ... to appear on the UK's high streets.

Previously any legal betting on horse-racing could only take place at the tracks themselves.

Bill was partial to the odd flutter on the nags, but still found the procedure difficult. Bets from Thurso ... and most other small Scottish towns ... had to be taken to the local Post Office and placed in a sealed bag and sent to a bookmaker in one of the big cities, in his case Edinburgh. If there were any winnings those had to be sent back ... again in a sealed bag ... and picked up by the punter in the local PO, a procedure that could take five days.

Bill decided that there had to be a better way and at the age of 23 he succeeded in gaining a licence for Thurso's first betting shop, so the William Arif Turf Accountants office opened upstairs from a clothing shop.

He had solved his personal problem, but he astutely realised that punters in many Scottish small towns would appreciate a similar service under the new Act.

So he formed the business Scotscoup The Bookies, gaining properties from Crieff in Perthshire via Ellon in Aberdeenshire and Northwards from those, including Elgin in Moray where, the group's headquarters was established. In 2000, Bill and his wife Linda ... and their son Scott ... who grew up to join the family business, especially running its property-development side... moved home from Thurso to Fochabers in Moray.

While in his 20s, Bill also had the vision of a modern Motel alongside the road at the Western outskirts of Thurso at its road junction with short route down to the port of Scrabster. With his horse-racing connections, he named it The Weigh Inn. It has been highly successful over several decades as a weddings and conference venue, as well a provider of modern bedrooms and self-catering lodges in its grounds.

Now the Highland Travel Inns company, that Bill established covers, a total of five establishments, two of which are in his adopted home-town of Fochabers; the Red Lion Tavern and the Gordon Arms Hotel.

In the early 2000s, after being admitted to the Scottish League set-up, Elgin City FC was going through a 'sticky patch' off the park and successful businessman Bill ... by then with son Scott a regular attend at Borough Briggs park for Saturday home-games ... was persuaded to invest, and was appointed to the club's board as a director.

Bill was a keen golfer throughout his adult life and was a co-founder of a golf-related group that played on over 20 courses in the North and organised twice-yearly outings to places further afield, as well as arranging many charitable events.

‘Sadly Bill lost his daughter Nadia to cancer in 2004 & his eldest daughter Tanya passed In 2012. Serena is his only surviving daughter, although he was gifted 8 wonderful grandchildren, and one great grandchild.'

Bill's funeral service on 30.08.2019 at the Moray Crematorium in Buckie was conducted by Ms Sharon Short, a celebrant with the Humanist Association of Scotland.

in April, 2019, Bill was diagnosed as suffering from cancer of the oesophagus. Ms Short told the large gathering in Bill's farewell function how he had dealt with his illness as he had with life; with dignity, strength and complete determination.

On behalf of the family, Ms Short repeated tributes to the 'kind and dedicated' members of the NHS and the Marie Curie Nurses charity whom, she stated, 'had made a very hard situation a little better with their professionalism and support'.

Father, grand-father, great grandfather, brother and uncle Bill leaves a memories as a one-off businessman with a logical mind, drive, ambition and integrity, as well as the legacy of the fine hospitality enterprises that he created or brought up to 21st Century standards. Collections were taken for Cancer Research UK and the fund for Marie Curie nurses.