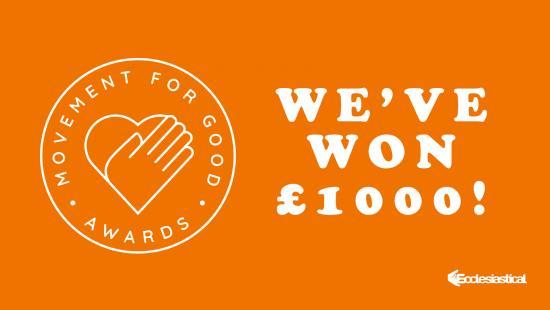 The John O'Groats Mill Trust has won a £1,000 Movement for Good award thanks to nominations from the public.

The John O'Groats Mill Trust was nominated to win a £1,000 boost as part of specialist insurer Ecclesiastical's Movement for Good awards , which is giving £1million to charities this summer.

Members of the public were invited to nominate causes close to their hearts, with 500 gifts of £1,000 available for donation. The John O'Groats Mill Trust was one more than 7,000 charities which were nominated by an amazing 98,000 members of the public to be in for a chance to win a financial boost.

The Trust said," The winners were selected via a public nomination system so everybody give themselves a huge pat on the back."

Mark Hews, group chief executive at Ecclesiastical, said:  "As a company whose purpose is to contribute to the greater good of society, charitable giving is at the heart of our business. We know that £1,000 can make a huge difference to the incredible work that charities do and we're looking forward to seeing how this financial boost will change lives for the better."

On another note, the trust have a small stand at the 2019 Mey Highland Games this coming Saturday 3rd August 2019. If you are there, go and say hello.

SSE Renewables has awarded more than £1.5 million to 20 ‘transformational' projects across the Highlands.   It comes in a bid to help communities respond to the climate emergency, with the projects ranging from decarbonising heat in community facilities in Golspie to the creation of active travel routes in Skye.
[Community Groups]
7/9/2018

Hi all, As you know, to make the John O Groats Mill into the centre we all want it to be it needs funds.  We made a lot of progress over the past year but we've still a bit to go.
[Community Groups]
10/4/2019