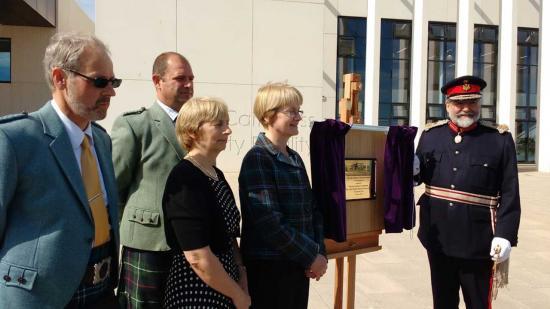 The official opening of the Wick Community Campus took place on a sunny Saturday 16 June 2018. Lord Lieutenant John Thurso performed the unveiling of a plaque to mark the occasion.

Members of the parent council and stakeholder group attended along with local councillors Willie Mackay and Nicola Sinclair.

There followed a look around the campus comprising the High School, Newton Park Primary, library and swimming pool.the campus was open for members of the public to look around.

Photos of the campus site from the beginning

High Life Highland recognised top performing volunteers last Thursday at its annual award ceremony held at Strathpeffer Pavilion.   The event saw volunteers from across the Highlands recognised for significant contributions to the charity, its clients and customers.
[Secondary Schools]
9/12/2017