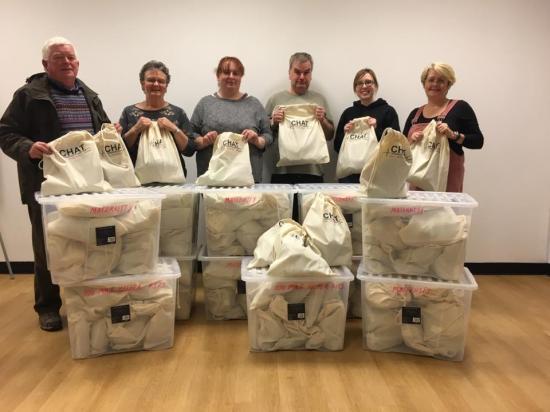 Caithness Health Action Team (CHAT) have now put the 100 Mile Helper Kits together and wil shortly be distrubiting them to Hositals and GP practices.

The 100 Mile Helper kits are good to go! First batches going to hospitals today. CHAT said "Thank you so much for all the donations that made these possible."

Maternity versions also include nappy changing kit, baby blanket and sanitary supplies. We hope these will prove useful to anyone who finds themselves in the unfortunate position of having to make a quick and unexpected trip to Inverness.

NHS Highland sticking to the Safety Explanation on maternity
Emergency ambulance transfer have of course gone down as he says but personal transfer by families has shot up.