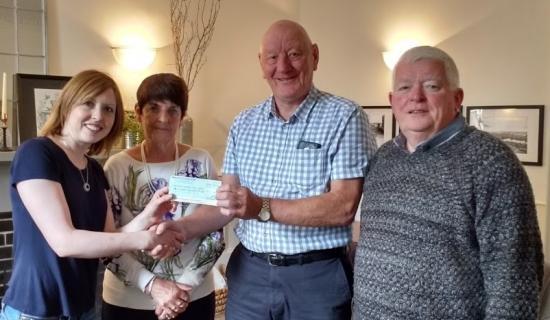 Maureen and Gordon Doull from Wick have celebrated their 50th wedding anniversary at Mackays Hotel and asked their guests to make donations to Caithness Health Action Team (CHAT) as they are so concerned at what is happening to health services in Caithness.

The couple handed over a £750 to Bill Fernie, chairman of CHAT and founder member Councillor Nicola Sinclair.

Bill and Nicola thanked Mr and Mrs Doull and their guests for their amazing gesture which will go towards supporting the expenses of running a long-term campaign.

The campaign continues to run on Facebook at www.facebook.com/caithnesshealth