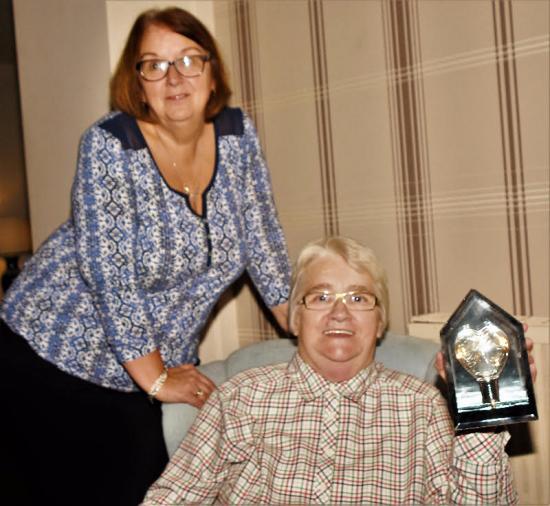 The group was only one of several local organisations Miss Dunnett was involved in, not least as the county's Lord Lieutenant.

Tribute was paid to her 'significant' contribution to the heart group during the past six years, at a social gathering at the Norseman Hotel,Wick.

Group chairman Ernie Ross described Miss Dunnett's contribution as "tremendous" and it had elevated its profile in Caithness.

Mr Ross made the point that Miss Dunnett was not only the group's figurehead but was active in "pitching in" to help whenever required, at the group's fundraisers.

"We are certainly going to miss you very much, Anne" said the chairman adding: "Thank you again, on behalf of our group".

.Replying, Miss Dunnett spoke of her admiration for what she described as "such a hard-working group" dedicated to such a great cause, adding that it had been "a real privilege" to have worked with the group.

Group treasurer, Emily Fraser then presented Miss Dunnett with an illuminated glass ornament, appropriately featuring a heart as it centrepiece, in appreciation for her services.

THE renovated croft house at the top of Newtonhill will be the focus for an illustrated talk by volunteers who are hosting it on behalf of Caithness Heart Support Group.   The historic croft house dates back to the 18th century.
[Support Groups]
14/9/2016