Wick Voices Tell Their Stories On Aspects Of Life Gone By 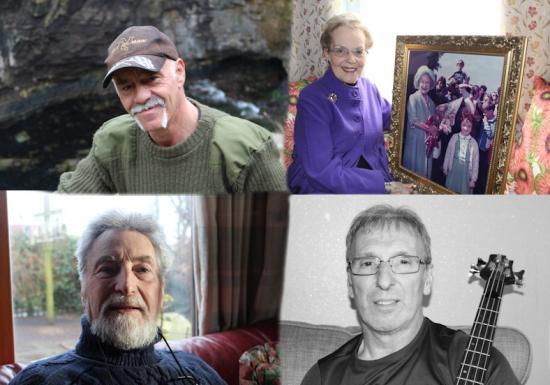 The Wick Society's oral history section, Wick Voices, is generating a lot of interest in the community.
The project was launched in 2016 with the aim of preserving local voices for posterity. It involves a small team of volunteers arranging audio interviews with local people from all walks of life about their memories and stories.

The recordings are then edited and uploaded to the Wick Society's website, allowing existing and future generations to hear about many aspects of local life, past and present, as told by those who experienced it.

Subjects covered so far have ranged from schooldays to workplaces and from wartime memories to sport and leisure. Some interviewees have recalled well-known Wick characters. Poems have been recorded too.

There are now more than 50 recordings on the website and this will become a growing and increasingly valuable archive. The recordings will also be kept on a database in Wick Heritage Museum.

Presentations have been given by Wick Voices at the Laurandy daycare centre, Caithness U3A (the local branch of the University of the Third Age movement), Pulteney House care home and St Fergus Church Guild. Photos from the Johnston Collection have been used to accompany the recordings.

Although its name is Wick Voices, as it is part of the Wick Society, the project takes in the wider area of east Caithness. Recent recordings added to the website include Davy Nicolson talking about the Whaligoe Steps, Catherine Byrne recalling her Stroma childhood, Harold Reid looking back on his school days in Wick during wartime (and running from machine-gun fire), Janet McDonald reflecting on her long career as a Wick photographer and Michael "Spike" Tait sharing some stories from the thriving local band scene of the late 1970s and early '80s.

To access the recordings, visit the Wick Society's redesigned website www.wickheritage.org and go to the Wick Voices section.

Doreen Leith, who is leading the project, said: "We are pleased with how it has gone so far but we are still looking for more volunteers. We would be delighted to hear from anyone who would like to get involved in Wick Voices."
Doreen can be contacted on 01955 602568 or by email at wickvoices@icloud.com

Wick Voices, the Wick Society's oral history section, has broken through the 100,000 barrier in terms of listener response to its collection of online recordings.   That's how many individual plays there have been since the project was set up less than two years ago with the aim of preserving local voices for posterity.