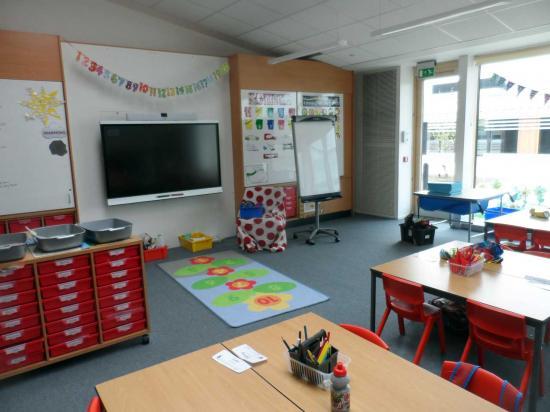 The new Noss primary school in Wick is bright and airy. The rooms are different colours and windows are full length with air condition to control temperatures.

Unfortunately due to a burst joint in heating pipes the school has had to be closed for a few days this past week.

However work has been ongoing with all plasterwork and painting completed and industrial cleaners in over the weekend to allow the school to open again on Monday.

Damage was slight as the janitor spotted the burst early.

The kids at Noss dressed up as characters from their favourite books on World Book Day.   MORE PHOTOS.
[Primary Schools]
29/9/2017

Noss Primary school has been involved along with other schools in helping kids in Malawi and have an ongoing collection of pennies on a map of Africa.   Recently the school in Wick donated the old sweat shirts from the old schools to a project sending items from lost property boxes in Highland schools to schools in Malawi where they could be put to use.
[Primary Schools]
20/3/2016

The latest photo in our gallery for the new Noss Primary school on the north side of the river show it is well on its way to completion.   The new school will replace North and Hillhead primary schools.
[Primary Schools]
2/12/2014

An animation has been created to show how the new Noss Primary school in Wick will look.   The new school is expected to open in 2016.