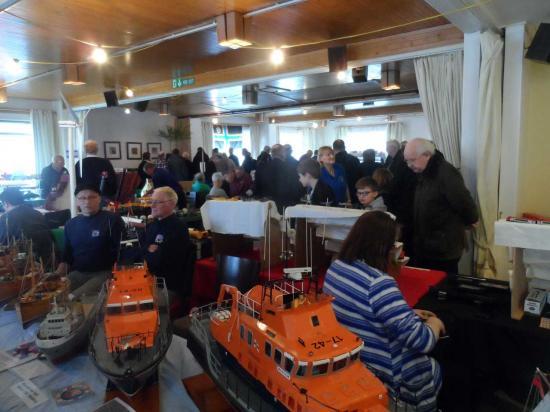 Records were broken for the numbers of models on show and for the numbers of people coming along to view the amazing collections that had come from both Caithness and many other parts of the country. The Model Show has now purchased its own tables so no longer needs to make a round trip to Dornoch to borrow them.

The Caithness Model Club also made some donations to local charities. It looks like next year will be another success with bookings by modellers for tables already in great demand.

The club meets once month in the Norseman Hotel where the show was held. The meetings are mainly in winter and begin in September.

Another packed show this year with hundreds of new models not seen before at previous exhibitions.   Check out many photos by clicking the Photo Gallery link above..
[Community Groups]
5/4/2009