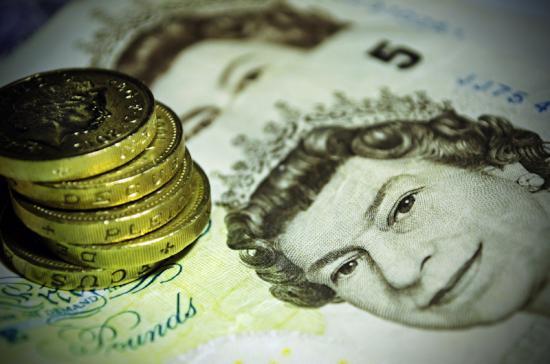 197 projects to tackle inequalities across Scotland. Caithness CAB and Pulteneytown People's Project are among the recipients of the grants. Caithness CAB gained the funding' for Volunteer development and PPP for training and Ormlie Community Association for Tackling Poverty & Promoting Social Inclusion.

Projects as diverse as money advice, healthy eating clubs and grow your own gardens will receive funding to tackle poverty and inequalities.

The Scottish Government's £12.6 million People and Communities Fund is being allocated to 197 groups across Scotland that are changing disadvantaged communities by providing advice, training or voluntary opportunities.

Social Justice Secretary Alex Neil announced the funding on a visit to Urban Roots in Glasgow, which will receive £72,000 to set up four community garden hubs.

Projects are funded if they demonstrate how they can tackle poverty and promote social inclusion within communities.

"Every community in Scotland has different challenges and aspirations and there is no one-size fits all approach to tackling poverty.

"That's why our People and Communities Fund is giving communities the power and confidence to shape their own futures and address inequalities more effectively.

"The Fund allows community groups the chance to identify problems in their area and the funding to provide solutions.

"Since the Fund launched in 2012, we have seen the real difference it is making by empowering communities to deliver new skills, training and volunteering projects that fit local priorities. This £12.6 million will give more communities more of a voice."

Les Rice from Urban Roots said: "The People and Communities Fund has enabled Urban Roots to set up community gardens in numerous locations across the Southside of Glasgow, empowering local communities by improving their physical health and mental wellbeing, reducing food poverty and increasing employability prospects through training and skills sharing. The People and Communities Fund allocation for 2015/16 will allow these communities to build on the previous three years' hard work by expanding the services offered at four key locations in Priesthill, Castlemilk, Toryglen and East Pollokshields. These new Community Resilience Hubs will be spaces for action, inspiration and learning, and will help tackle poverty and promote social inclusion."

The 197 projects being funded by the People and Communities Fund are listed here:
http://www.gov.scot/Topics/Built-Environment/regeneration/community/pcf/awards

More information about Urban Roots is available at: http://www.urbanroots.org.uk/

An American millionaire Dr Betsee Pekr has donated £40,000 to Pulteney Centre after opening the doors of her private residence to producers of the Netflix hit drama The Crown.   Dr Betsee Parker is an Episcopalian minister and philanthropist from Virginia, bought Ackergill Tower in early 2019 from Clarenco after it ceased trading.
[Community Groups]
23/9/2020

Caithness Citizens Advice Bureau has announced it will be available by telephone and email offering its services to local people to help them through the Coronavirus period.  Isobel Mackay CAB Manager Caithness said today,"We understand that local people are concerned about the health impacts of this virus and will also need advice about other aspects of their lives, including their jobs, rent and social security payments.  So we are determined to remain available and ready to offer people all the help we can.
[Medical Services]
2/5/2019

A visit of the Labour Party Leader in Scotland Richard Leonard MSP accompanied by Rhoda Grant MSP heard from the third sector and Caithness Health Action Team (CHAT) about problems arising to the community from changes to health provision and wide range of topics.   Roger Saxon the local Labour party organiser and Alan Tait from Caithness Voluntary Group facilitated the meeting at the Pulteney Centre in Wick.
[Support Groups]
21/2/2019

A summary of evidence gathered by the Citizens Advice network in Scotland about their work.   In total, Citizens Advice Bureaux assisted nearly 262,000 clients with almost 766,000 issues during 2017-18.
[Community Groups]
11/1/2019

Caithness Voluntary Group, in partnership with Pulteneytown People's Project and Thurso Community Development Trust have been awarded 183,296 to employ the four full-time development workers and a part-time co-ordinator.   The 12-month project will employ, a community development worker for Wick will be employed by PPP and based at the Pulteney Centre, as will a childcare development worker.
[Community Groups]
13/4/2018

Pulteneytown People's Project has been successful in securing £149,295 over the next 3 years from the BIG Lottery Community Led Activity.   The funding will allow the organisation to continue to deliver existing activities and develop new ones within the community.
[Community Groups]
1/4/2015

A few activities for young children and the family at Easter from Ormlie Community Association.   Monday 13th to Thursday 16th april 2015..
[Community Groups]
10/7/2014

If the kids are looking for things to do then take look at the Ormlie Summer Programme.
[Support Groups]
14/4/2014

Caithness CAB was set up in 1982 and has been running successfully ever since.   Your Citizens Advice Bureau – here to help The CAB service is here to help you.