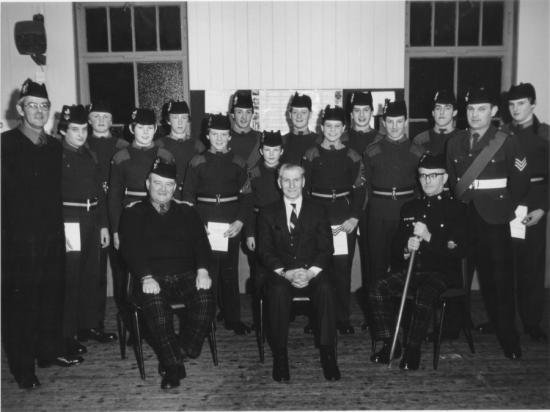 We have in our archive a few older photographs of the Army Cadet Force in Caithness.

First is linked above.

And the second one is here

Halkirk Detachment of the Army Cadet force re-opens its doors at 7 PM on Wednesday 29th November, and for Wednesday evenings after that, bar the Christmas holidays.  Boys and girls of 12 to 18 are invited to come along and see what it is all about.
[Army Cadet Force]
16/5/2005