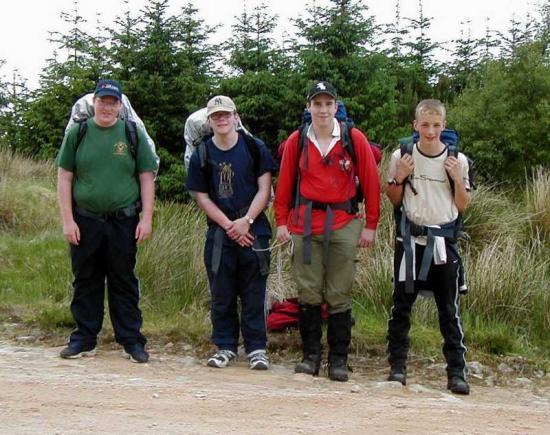 They are seen at Forsinain climbing up through the forest towards the county march, on the third day of their Duke of Edinburgh gold award expedition.

The spring is always a busy time for the Army Cadets.   During the run up to their summer camp they take part in events as varied as shooting matches, sports meetings, D of E expeditions and cadet skills competitions.
[Army Cadet Force]
27/7/2005