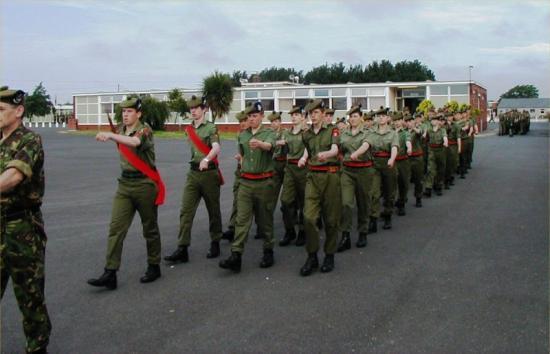 Another successful summer camp was attended by members of the Caithness Army Cadet Force at Altcar near Liverpool.

The young folk were accompanied by adult leaders from Caithness.

As well as the competitions on the firing range and drill teams they still managed time for day out to Alton Towers making for two weeks of fitness and fun.

The photographs show C/Sgt Macdonald, Sgt Perry, Cpl Sutherland and L/Cpl Napier.   They are seen at Forsinain climbing up through the forest towards the county march, on the third day of their Duke of Edinburgh gold award expedition..
[Army Cadet Force]
17/1/2006