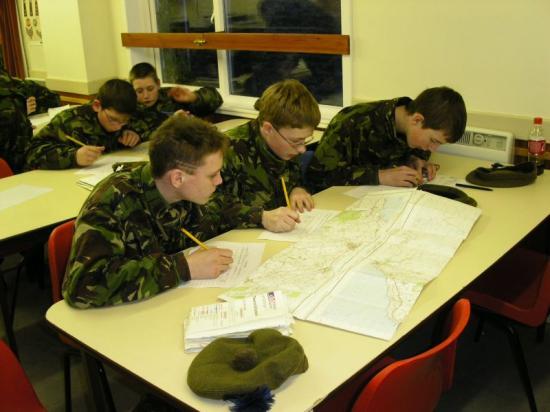 The army Cadets carried out a map reading weekend on the 14th and 15th January. All the Cadets worked hard, and found some of the problems not only of navigating, but also simply moving, at night.

Daytime navigation skills were also tested and all the cadets came away having learned and passed something.

Another successful summer camp was attended by members of the Caithness Army Cadet Force at Altcar near Liverpool.   The young folk were accompanied by adult leaders from Caithness.
[Army Cadet Force]
31/5/2006