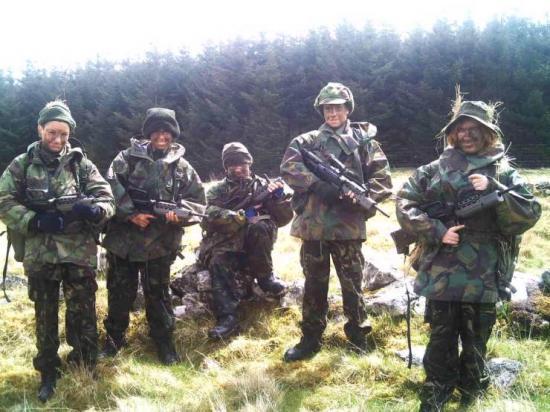 Caithness Army Cadet Force held a fieldcraft exercise weekend at Broubster Forest near Reay as the culmination of the Company's training before annual camp. Activities included living in the field, camouflage, observation, tactical movement and patrolling.

The cadets had an enjoyable, sunny and extremely wet time; but the skills learnt and equipment issued kept them warm and dry most of the time.

This years camp will be at Strensall In Yorkshire from 1st to 14th July.

The army Cadets carried out a map reading weekend on the 14th and 15th January.  All the Cadets worked hard, and found some of the problems not only of navigating, but also simply moving, at night.