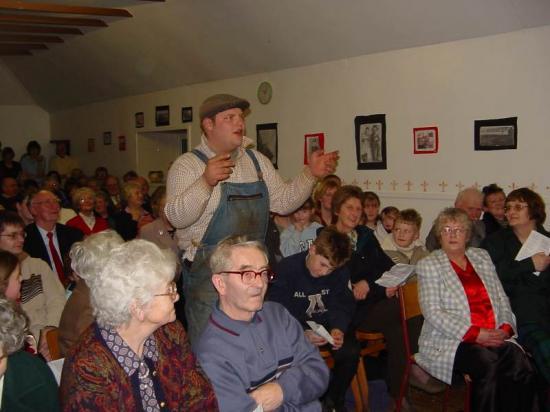 Thrumster village Hall had a smash hit night right from the outset. Full to overflowing, standing room only and people turned away.

The group of villagers had not reckoned on so many people wanting to see their old fashioned Caithness Bothy entertainment. The night's entertainment set out to do it the way crofters had entertained themselves in the days before television. The audience loved it and the laugh a minute delivery of jokes and local references kept the night rolling along peppered with music and dancing as well as communal singing.

The tiny stage became the front room of any croft with acts arriving as old friends of the crofter with something to say joke, poem or look at life. In between the constant banter between the crofter and his friend washing his feet in the bath, playing the spoons and telling jokes kept the pace up for the evening.

They could fill a few village halls with this one.