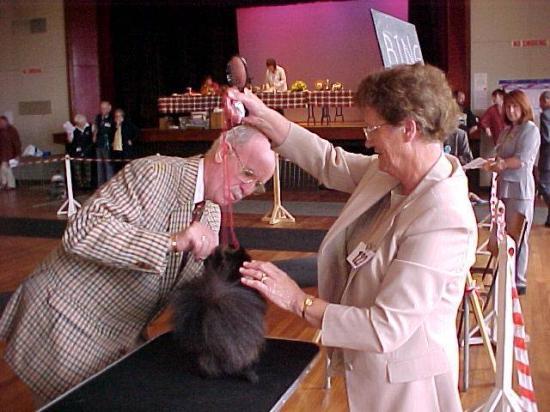 The 2003 Caithness Canine Open Dog Show was well attended although entries were down on last year due another show elsewhere. The club had recruited Albert Wight a well known show judge who recently judged the Best In Show category at Crufts in London. Mr Wight worked hard from 9.30am working through various classes including Gundogs - working - pastoral -hounds - utility and finally Best In show. Mrs Betty Flavell also well known in the judging circuit was also there to deliver her expertise in Toys/Terriers and other varieties. Caithness Canine Club runs a range of classes for dog owners.

A busy day at the Caithness Canine Club 2004 Dog Show where over 150 entries were judged in many categories.   The gallery shows just a few of the entries in this years show and not necessarily winners of the various classes..