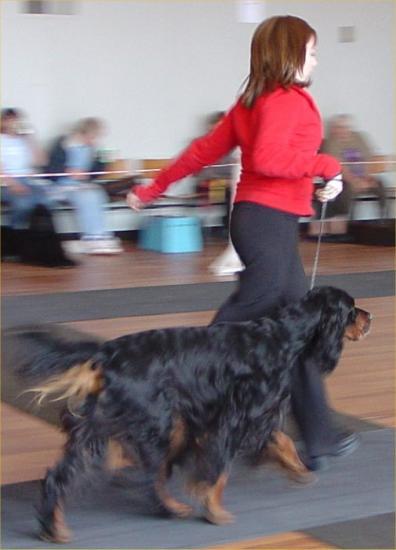 A busy day at the Caithness Canine Club 2004 Dog Show where over 150 entries were judged in many categories. The gallery shows just a few of the entries in this years show and not necessarily winners of the various classes.

The 2003 Caithness Canine Open Dog Show was well attended although entries were down on last year due another show elsewhere.   The club had recruited Albert Wight a well known show judge who recently judged the Best In Show category at Crufts in London.