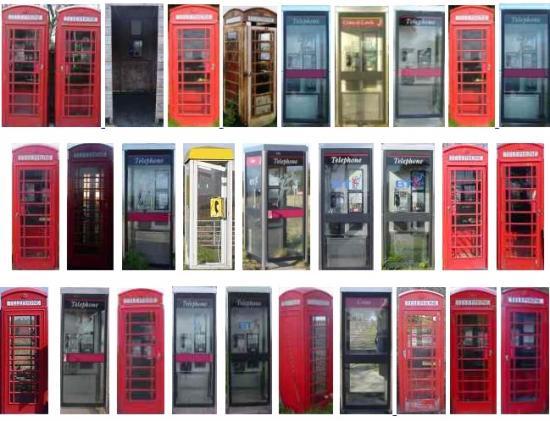 BT is offering communities across Scotland the opportunity to adopt their local phone box for just £1 to turn them into something inspirational for their local area.

More than 740 traditional red boxes are available for adoption across Scotland and BT will also consider adoption requests to house defibrillators in more modern kiosks. BT is encouraging community groups to seize the opportunity to do something wonderful with phone boxes that have little or no usage. Already, more than 370 payphones have been adopted by communities in Scotland since 2008.

BT will continue to provide electricity (if already in place) to power the light for adopted kiosks, free of charge to communities. Where electricity is available, adopted boxes can be used as housings for defibrillators - an increasingly popular and potentially life-saving conversion. Other exciting new ventures include conversions to mini-libraries, miniature art museums, cake shops and information centres. One payphone in Devon was even turned into the "world's smallest nightclub."

Commenting on the launch, Jane Wood, BT Group Scotland director, said: "We're pleased to be giving even more local communities the chance to adopt a phone box. With more than 370 payphones now adopted across Scotland, this is a fantastic opportunity for communities to own a piece of history.

"The opportunities are endless and we've already seen some amazing transformations. Applying is easy and quick and we're always happy to speak to communities about adopting our traditional BT red payphone boxes."

Communities can adopt a kiosk if they are a recognised public body, such as a community council or local authority. Boxes can also be adopted by registered charities or by individuals who have a payphone on their own land.

Most people now have a mobile phone and calls made from public telephones have fallen by around 90 per cent in the past decade. BT is also replacing more than 1,000 payphones in major cities across the UK, with new digital hubs called InLinks as part of a joint venture with InLinkUK. Each InLink provides ultrafast, free public Wi-Fi, phone calls, device charging and a tablet for access to city services, maps and directions.

For further details on how to apply to Adopt a Kiosk, simply go to www.bt.com/adopt where application forms and information can be found.

• Recognised local authority
• Community Council or equivalent
• Registered charity
• Private land owner. (Anyone who has one of our telephone boxes on their land)

PHOTO
Bill Fernie captured pictures of some Caithness phone boxes a few years back before they began to disappear. Follow the link about to see their locations and views around them at the time.