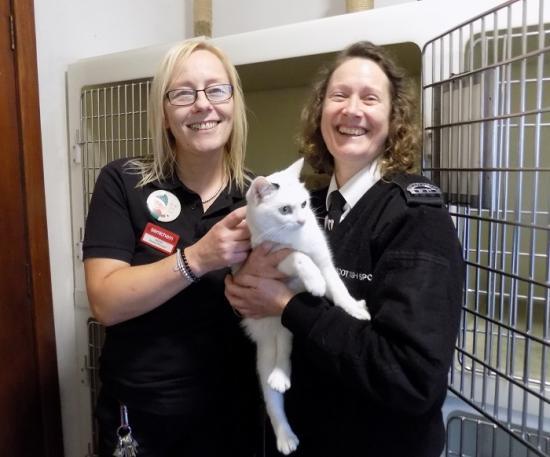 Semichem and Scotmid Co-operative has partnered with Scottish SPCA as their charity of the year to raise £300,000 to support education programme in schools across the country.

Semichem stores in Thurso and Wick will support Scottish SPCA in educating the next generation of animal lovers over the coming year and are encouraging the local community to take action.

The health and beauty discount retailer - part of Scotmid Co-operative - recently announced that the Scottish SPCA would be its Charity of the Year partner with a fundraising target of £300,000.

The partnership between the local Semichem stores and Scottish SPCA's Animal Rescue and Rehoming Centre in Caithness, will see store staff, customers and the wider community come together to shine the spotlight on rehoming pets. The centre takes in around 20 animals every month who are looking for their ‘forever home', from dogs and cats to rare and exotic species, and it is hoped the partnership will see a rise in the number of people willing to rehome pets.

As well as raising awareness of animal welfare and opportunities to rehome, store teams will also take part in fundraising activities, from sponsored sporting challenges to zip slides and bake sales, to help fund the charity's education programme in local schools.

Shona Farquhar, Semichem Thurso Store Manager, said: "We're so excited to be partnering with the Scottish SPCA animal rescue and rehoming centre in Caithness to help raise awareness of the importance of animal welfare within our local community and find new homes for the adorable animals the centre takes in on a weekly basis. We hope our ‘pet of the month' activity will encourage customers to help rehome animals as well as raise vital funds to educate the next generation of animal lovers through its schools education programme."

Scottish SPCA Caithness Animal Rescue and Rehoming Centre Manager Jimmy Gunn said: "We’re thrilled to be able to partner with Semichem and Scotmid as their Charity of the Year.

"Our centre has lots of animals looking for their loving forever homes and we’re grateful for the opportunity to highlight these locally.

"It’s great to see Scotmid staff and the local community get behind us and help raise funds for Scotland’s abused, abandoned and injured animals and the work we do educating children and adults in the community on animal welfare."