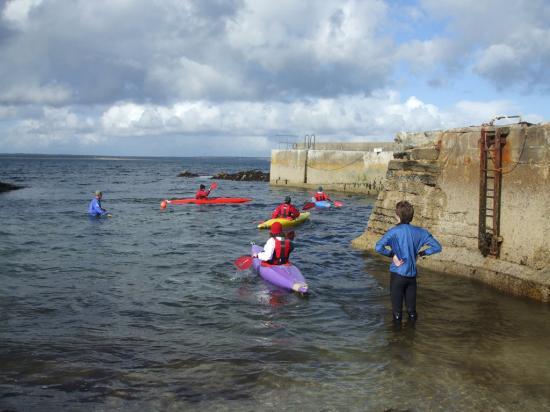 Highlights of the week included the ‘Astronomy for seafarers' talk given by the Caithness Astronomy group, the Old Herring Mart exhibition and locals taking to the waves with the kayak and rowing clubs. Children’s events also proved popular with youngsters making basking sharks and fishing for crabs; the seashore children’s reading competition was such a success the library ran out of seashore books.

Countryside Ranger Sam Watson said: "This festival wouldn’t have been possible without the funding from Highland Biodiversity Seashore project that is largely funded by Heritage lottery fund. Also thanks to the clubs, businesses and charities who volunteered their time and efforts into making this festival a success and not forgetting all the people who came along and took part."