The Musical Map Of Caithness Takes You On A Tour 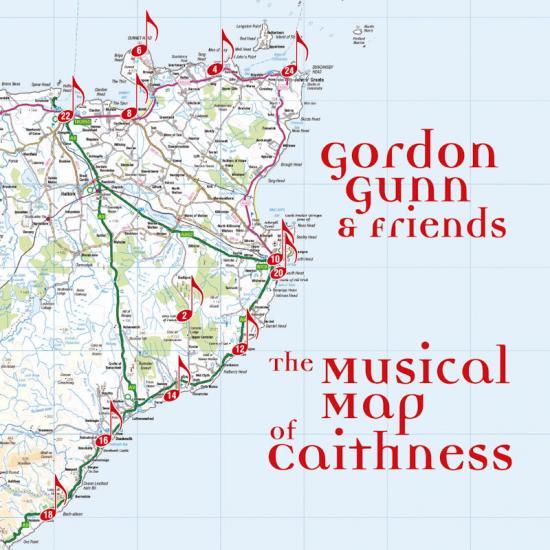 The ‘Musical Map of Caithness' is the brand new CD & project produced by local musician Gordon Gunn and other musical talents from across Scotland with the North Highland Initiative (NHI).

The musical map has been created in order to enhance the current visitor experience to Caithness while also raising awareness of the Caithness culture, history, nature and landscapes of the area through Celtic instrumental sounds.

The CD, which contains 12 songs and 12 narratives, highlights through the music tourist attractions that visitors to the area should visit, including the Castle of Mey, Caithness Horizons and Dunbeath Heritage Museum.

Gordon Gunn is a local musician that is based in Wick and is a full-time professional musician of over 12 years. Gordon is also a founding member of Scottish fiddle group Session A9 who were voted best live act at the 2012 Trad Awards and have toured all over the UK & Europe. Session A9 have 4 CD's under their belt and a live DVD recorded at the Celtic Connections in Glasgow.

When asked about his motivations for creating a musical map, Gordon said, "I wanted to highlight the amazing beauty of Caithness as it is too often that places like Caithness, north of Inverness, is forgotten about and through my passion of music, I come up with the idea of creating a musical map. I've written eight instrumental tracks inspired by these stunning venues and co-written four songs along with the acclaimed Caithness writer George Gunn. The songs and short narrations are on attractions across the region, from Caithness Horizons to Dunnet Head which is the most northerly point in Mainland Britain - all attractions which I feel visitors would thoroughly enjoy and I hope that through music it will add further enjoyment to their experience."

David Whiteford OBE, Chairman of the North Highland Initiative added, "It is hoped that the CD will provide a ‘self-guiding resource' to the county, allowing visitors freedom to explore the local tourism offering at their own pace. The development of the music is a modern take on the cultural heritage of the area and we hope this venture will support the local economy, as well as providing an unusual method of increasing visitor enjoyment and experience in the area. This will also create an additional incentive for those travelling along the North Coast 500, to stay and explore Caithness during their journey."

The CD is available for only £11.99 and can be purchased directly from www.northhighlandinitiative.co.uk or from visitor attractions across Caithness.