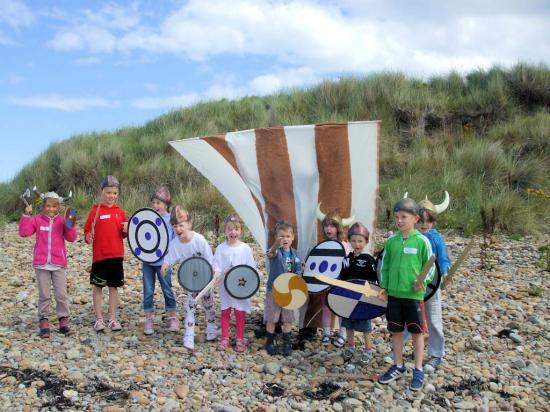 As in days gone by Dunnet Bay in Caithness was once again a venue for Viking activity this summer on Thursday (7 August 2014).

The Viking Ventures event was part of The Highland Council’s Caithness Countryside Rangers activity programme and was enjoyed by 11 children in total.

Paul Castle, Countryside Ranger said: "There was some fearsome Viking behaviour from the two teams as they closely competed to win swords and shields and finally the only ship sail in the Viking village. The ‘Fierce Fighters’ team just edged out the ‘Rascally Raiders’ allowing them the honour to go on a raiding quest."

Highland Council’s Countryside Rangers organise a range of events and guided walks and adventures details of which are also at www.outdoorhighlands.co.uk