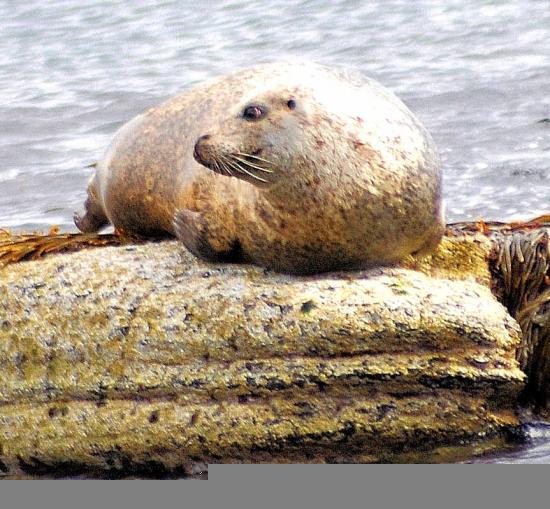 More than 10,600 people have so far downloaded a mobile phone app encouraging them to enjoy Scotland’s wildlife and vote for their favourite wild animal.

The free app was launched by Scottish Natural Heritage (SNH) in March as part of the Year of Natural Scotland celebrations. It features information, video and audio recordings of Scotland’s Big 5 – animals selected to represent the unique character, diversity and beauty of Scotland’s wildlife and environment.

Scotland’s Big 5 are all high profile species, widely associated with Scotland, with a broad geographical spread and that people stand a good chance of seeing in the wild. They are the red deer, otter, red squirrel, golden eagle and harbour seal.

Users of the app are able to learn about each of the species and where to see them, hear what they sound like and watch videos of them in their natural habitat. Since its launch it has attracted many five star reviews, with comments from users focusing on the design, simplicity of use and attention to detail.

The app is backed by a website www.scotlandsbig5.co.uk
which is accessible to a range of mobile devices and desktop users.’

Marion Mulholland, SNH’s campaign manager for Scotland’s Big 5, said: “We’re absolutely delighted with the success of the Big 5 app. People from all over Scotland seem to be debating wildlife on social media and thousands have already cast their votes for their favourite species, which is what the Big 5 campaign is all about.

“The app neatly captures the essential information about these five diverse animals, and has some great video footage and sounds. It is a fun way to learn about the creatures’ habitats and behaviour and certainly appears to be encouraging people to try and see them ‘live’ – and to join the search for the country’s favourite wild animal. There is still plenty time to get out and enjoy wildlife, and the Big 5 vote is open until the end of October.”

The Scotland’s Big 5 campaign has been created by SNH and Visit Scotland, with additional funding from Scottish Government. To take part in the debate and search for Scotland’s Big 5, vote at www.snh.gov.uk/big5
K P Technology Web Site

SNH manages a number of national nature reserves throughout Scotland, many of which are ideal for wildlife spotting, and which feature on the iPhone app. Many of them promise the possibility of sighting one or more of the Big 5, while one - Taynish National Nature Reserve in Argyll – potentially offers sightings of all five. For information on all of Scotland’s national nature reserves visit http://www.nnr-scotland.org.uk

The Scotland’s Big 5 app is free to download and can be located in the Reference or Education categories in the App store.https://itunes.apple.com/us/app/scotlands-big-5/id602370929?ls=1&mt=8e