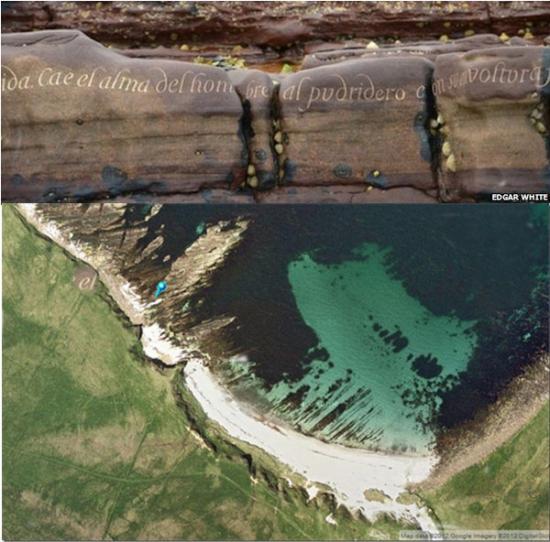 A poem by a Nobel Prize-winning poet at the centre of an investigation into his death has been found carved into rocks at a remote Scottish beach.

Pablo Neruda was Chile's greatest poet and died less than two weeks after a military coup in his country in 1973.

His family maintains that he died of advanced prostate cancer, but his body is to be exhumed as part of an inquest into allegations that he was poisoned.

Words from one of his poems have been found at Bay of Sannick in Caithness.

Edgar White came across the carvings close to his home. He hopes to find out who carved the words and why.