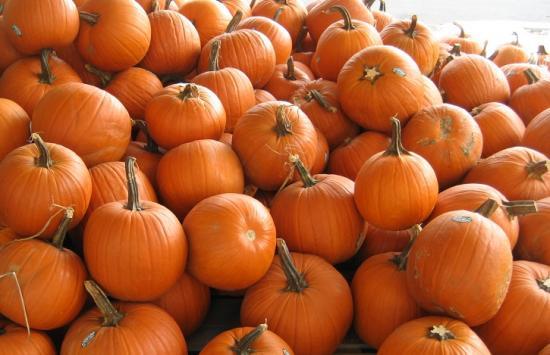 If you are buying pumpkins for halloween don't waste the pulp you scoop out and you can help the environment at the same time if you make some great dishes.

This food is low in Saturated Fat, and very low in Cholesterol and Sodium. It is also a good source of Vitamin E (Alpha Tocopherol), Thiamin, Niacin, Vitamin B6, Folate, Iron, Magnesium and Phosphorus, and a very good source of Dietary Fibre, Vitamin A, Vitamin C, Riboflavin, Potassium, Copper and Manganese.

Hundreds of thousands of pumpkins, single use fancy dress clothes and plastic tat are to be thrown into Britain's bins by the end of the Halloween festivities.

Households in the UK, not sure what to do with their pumpkins and Halloween waste after the trick-or-treaters are gone, are most likely to put them out with the rubbish, direct into the landfill bin, says a leading British waste management company.

Have a Healthy Halloween and eat your pumpkins instead of dumping them.