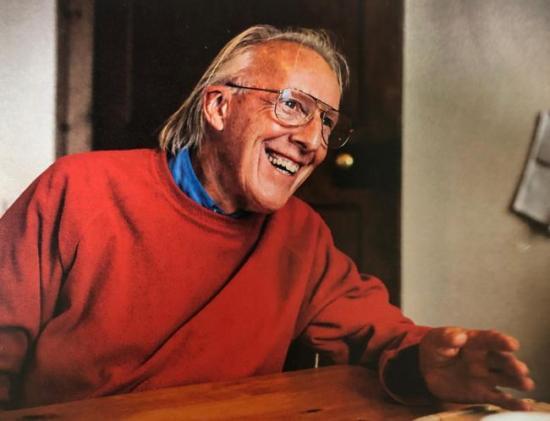 DR Robert Edwin Christopher (Chris) Ferreira, who has died aged 87, was uniquely skilled and versatile as a botanist and geologist, and was also a philanthropist. Yet few beyond his immediate circle of friends and colleagues appreciated the impact and reach of his work.

Chris developed expertise on the distribution of birch woodland and associated communities, and secured his first professional post in the then Nature Conservancy, as an upland botanist. A year after taking his PhD in 1958 at the University of Aberdeen he produced one of the first papers in Scotland on vegetation composition in relation to geology, in Transactions of the Botanical Society of Edinburgh.

This was a classic study of geobotany, for it described the key importance of calcium availability and release in the soil as a significant determinant of the richness of plants in the uplands. In 1970 Chris produced the first detailed vegetation map of the Isle of Rum National Nature Reserve, which is still used as a baseline for monitoring.

Born in the Lake District, his parents, Edwin and Jessica (nee Robinson), owned St Catherine's Estate north of Windermere, with his mother inheriting the estate in 1952. An only child, Chris spoke later of halcyon days hay making in the flower-rich parkland in the 1950s. In 1987, after the death of his widowed mother, Chris gifted the estate to the National Trust. In 2006 ‘The Footprint' was created there, a ‘green' education base/classroom built of stone, recycled tyres and straw bales - a project that would have pleased Chris enormously.

After schooling at Charterhouse, Chris studied at the University of Exeter, taking an Honours BSc in botany. Taking his PhD at Aberdeen, specialising on upland vegetation in the hills of Ben Hope, Ben Loyal, Ben Lui and Glas Maol, Chris made a detailed study of the hybrids of birch trees in north west Sutherland.

Whilst studying in the wilds of Scotland, Chris determined to devote much of his energy to support the developing nations in Africa. He worked initially with VSO (Voluntary Service Overseas, to whom he left most of his estate) and eventually secured employment assisting with agricultural development, initially in Zambia.


This sparked a love of Africa and its people, which developed into a life-long interest in supporting many emerging nations - especially children through formal education. Unfortunately, his time in Africa was cut short by liver problems, and medical advice to leave the tropical environment. However, he maintained his interests and contacts with Africa and its political leaders, and formed a close association and friendship with Nelson Mandela ("Madiba") and family, and helped fund various enterprises.

On recovering his health back in the UK, and eager to use his botanical expertise and experience, Chris approached the Nature Conservancy Council's North West Regional HQ in Inverness, with the offer of carrying out botanical survey work. With his well-established reputation, this was gratefully accepted.

There followed annual, piecemeal contracts for thirteen years, resulting in reports identifying individual sites in the NW Highlands with detailed botanical and ecological descriptions. Such was the rigour of this work, that sites were readily evaluated for protection as national and international sites of conservation importance.

Field work continued until 1990, with final reports, produced in 1995, giving rise to an exceptional treatise on the vegetation and soils which contained an exceptional body of work on geobotany - which to this day is quarried frequently for data and insight.


With hindsight, the sensitivity and diplomacy shown by Chris in his dealings with landowners and managers was very important at a time when nature protection through designations was a controversial issue, particularly in the Highlands. It is doubtful that some of the areas earmarked for statutory protection would have come forward without Chris’s inspired approach to fieldwork.

Shipping was a great professional passion, and Chris always chose to live by the sea, whether in Falmouth, Caithness or Kyle of Lochalsh. He would expound enthusiastically on all aspects of commercial shipping, as well as his wider interests in politics, classical music and Scottish Country Dance bands.

He spent his last years in the Wick Care Home, and remained mentally sharp. It was a shock that he suffered a heart attack and died only four weeks before his 88th birthday.

A pioneering geobotanist and generous philanthropist with a breadth and depth of knowledge across many areas, Chris is missed by friends and neighbours who knew him; yet many more would acknowledge their debt to him had they appreciated the depth and range of his work.

Unorthodox, wildly humorous and deeply committed to the northwest Highlands and Africa, Chris was a marvellously cultured and cultivated person. His ashes are to be spread on Blà Bheinn on Skye, a mountain that Chris loved and had chosen as his final resting place in the wilds of Scotland that he served so well.

First publish in the The Herald 5 October 2019
https://www.heraldscotland.com/opinion/17948981.obituary-chris-ferreira-pioneering-geobotanist/