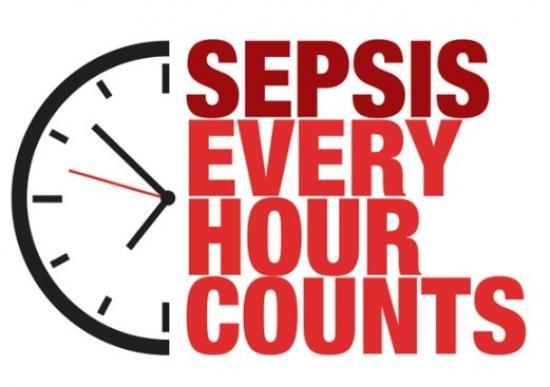 The five early signs of sepsis are to be highlighted in a new campaign to help raise public awareness of this potentially fatal condition.

The campaign, which will run across social and traditional media, focuses on the often silent symptoms of sepsis, which is a serious complication of an infection.

The first sepsis awareness campaign launched in February 2018. The new campaign aims to build on this while increasing public knowledge of the early warning signs. It complements the work carried out by Healthcare Improvement Scotland through the Scottish Patient Safety Programme, which since 2012 has supported clinicians and clinical practitioners to improve recognition of the signs of sepsis and better equip them to deal with it.

Chief Medical Officer Catherine Calderwood said:"While deaths caused by sepsis have fallen by 21% since 2012, thanks in part to the work of the Scottish Patient Safety Programme, it is still vital that people are aware of this potentially fatal condition. The key in treating sepsis is catching it quickly so that is why it's important to know the signs. If someone has two or more of the symptoms and they are getting rapidly worse, it is important to seek urgent medical advice.

"Following our first campaign from 2018, we know that more than three out of four people are aware of the dangers of sepsis but we want to further increase public awareness to spot the signs and this campaign will help us do this. It will also help to focus on continuous improvement across Scotland ensuring there is safe and consistent care for all sepsis patients."

Craig Stobo, who founded Sepsis Research after the death of his wife Fiona and unborn daughter Isla from the illness, said:"Sepsis Research is delighted to be supporting the Scottish Government's Sepsis Awareness Campaign. This focused effort to encourage people to recognise the symptoms of this potentially fatal illness will save lives.

“Educating people so they know what to look out for and understand the urgent need to get medical assistance will help prevent potentially tragic consequences and we congratulate the Scottish Government on taking this initiative."

Colin Graham, chief operating officer of Sepsis Research (FEAT): said:“This is a very important campaign by the Scottish Government and we urge everyone in the medical profession and the wider public to pick up on the life-saving messages it contains."

For Sepsis Symptoms go to https://www.nhsinform.scot/sepsis