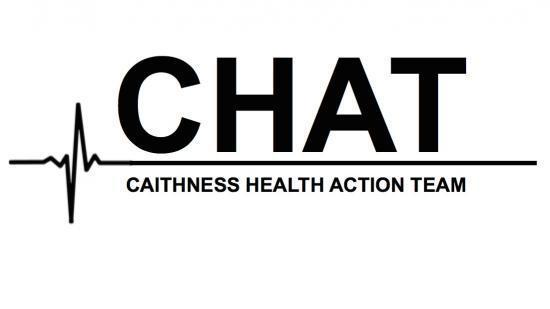 Meeting is open to the public but may be restricted once seats are full.

The group are asking anyone who can manage to gather at Wick Town Hall from 9.20am.

The Caithness committee meeting starts at 10.30 and at present the agenda can be found at -
www.highland.gov.uk/meetings/committee/125/caithness_committee

The idea is to gain support from Caithness Councillors to oppose the downgrading of Caithness Maternity unit following the publication of a report from NHS Highland on Friday 18th November 2016.

CHAT want a full public consultation and to start with a public meeting to raise all the issues surrounding health services in Caithness.

Several of the Caithness councillors area already supporting the objectives of CHAT.

A request by two councillors to have the Issue of Maternity and other services placed on the agenda for Tuesday's meeting has been refused by chairman Roger Saxon.

Councillors who have requested that an emergency item being put on the agenda will challenge the chairman's ruling at the start of the meeting. If the request at the meeting is again refused then a vote of no confidence in the chair may be called for.

CHAT would like a statement of support from all the Caithness councillors for their campaign.

Chairman of CHAT councillor Bill Fernie said,"Some Caithness councillors have already said they support the campaign to retain services in Caithness general and not have them run down and that new solutions should be looked for. CHAT would like a unified stance from all the local councillors against any reductions in services. Many people will recall the North Action Group campaign from 11 years ago and before that the MUMS campaign on the same issue. The issues are essentially the same and so are the arguments for saving what services we have locally and not over 100 miles to the south. We expect to have a long campaign and wil be tackling other politicians at MSP and MP level to put their cards on the table and not hide behind the NHS Highland report that seems to have begun with the answers before it asked for solutions."

NHS Highland report can be found on www.nhshighland.scot.nhs.uk/
see it at Report into the safety of Caithness maternity services published