Senior citizens celebrate at their exclusive party in Wick 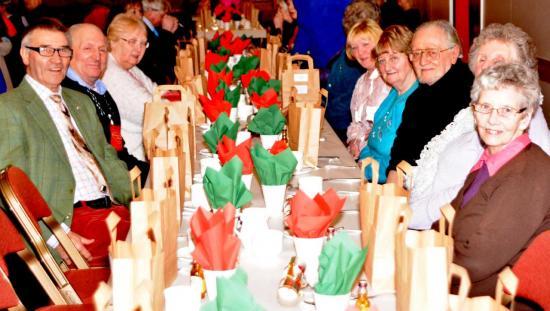 Who said the festive party season was over?....not a band of Wick pensioners.

They were again the guests of honour at their annual treat, its 51st anniversary, in the Assembly Rooms. Bad weather took its toll on the attendance which was down on the previous year, but those that braved the elements were rewarded with another memorable evening.

The main hall was decked in bunting, balloons, Christmas crackers and after an excellent meal and refreshments, the Wick RBLS Pipe Band set the scene for the entertainment programme with a superb display. Another band of the event's loyal supporters, the Addie Harper trio took to the stage and there were instrumental spots by some of his talented pupils.

One of the volunteers, Bobby McBeath, received an engraved plaque for his tireless efforts over a 30-year period.