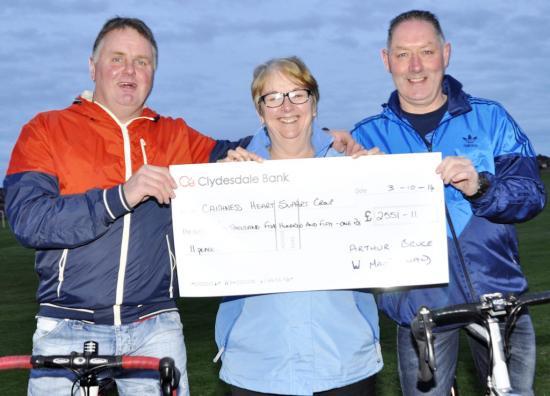 The enterprising pair clocked up some 78 miles circling the county in demanding weather conditions, to raise a impressive £2,500 for Caithness Heart Support Group. Their route took builder Arthur and Willie, a typesetter, south to Latheron accross the Causewaymire to Thurso, on to John O' Groats and south, back to the starting line at Wick.

The group's press officer, Noel Donaldson paid tribute to the cyclists. He said: "The boys were punching into a head wind and drizzle in the first leg of their five-hour fundraiser. I know that Willie had a bug and was feeling under the weather but had no intention of calling off."

Mr Donaldson added: "Those who sponsored them and gave donations at a Tesco collection also deserved a big thank-you. One of our group's main commitments is raising money for medical equipment, some of which has cost over two thousand pounds.

Significantly, the cycling venture will completely finance a single item at one fell swoop which is quite something, and will be something that will be of lasting benefit for patients." 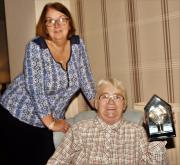